Maria Do Rosario Palma-Ramalho (Portugal) :Temporary agency work and other atypical forms of employment in a changing labour market: the Portuguese experience 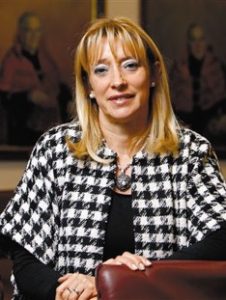 Full Professor («Professora Catedrática«) of the Faculty of Law since 2010, chairing courses of Civil Law and Labour Law, both at graduate, master and doctoral levels. CEO of APODIT – Portuguese Association of Labour Law. Portuguese Member of the European Network of Legal Experts in Gender Equality and Non-Discrimination of the European Commission, since 1984. Vice-President of the Labour Law Institute of the Faculty of Law of the University of Lisbon. Founding member of the Jean Monnet Centre of the University of Lisbon. Legal adviser, both to private companies and to official bodies and public authorities, and, in this area, work performed in the preparation of several Acts concerning Labour Law, Public Servants Law and Equality Law. Scientific coordinator or participant in several international and European projects in the areas of Labour Law and Equality Law, including for the European Commission and for the International Labour Organisation. Author of a large number of books and articles, published in Portugal but also abroad (in French and English) since 1985, in the areas of Civil Law, Labour Law, Social Security Law, Civil Servants Law and Equality Law. Invited speaker at many conferences and seminars, both in Portugal and abroad, namely in Germany (Trier), France (Paris), Belgium (Brussels), Hungary (Budapest), Brazil (S. Paulo and Campinas), The Netherlands (Hague) and Spain (Madrid, Valência and Granada).