Costas Papadimitriou (Greece) : The particularities of the “job” performance of the professional athlete: Rights and obligations of the parties to the employment contract 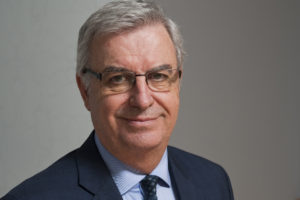 Professor Costas D. Papadimitriou obtained his law degree (1977) at the University of Athens. He holds master’s (1981) and PhD (1985) degrees in Labour Law from the Université Paris X- Nanterre.

He is Professor of labour law at the Law School of Athens. He is a Supreme Court Attorney at Law and acts as an Arbitrator of the Greek Organization for Mediation and Arbitration. He is member of the Department of Studies of the Greek Parliament since 1994. He is also national expert for different networks (European Labour Law Network, Free Movement of Workers Network, Odysseus Network). He is President of the Greek  Association for Labour Law and Social Security Law.

He has been visiting Professor at the University of Nantes, of  Bordeaux and of  Paris X- Nanterre (France).

He has published numerous articles and books and regularly advises national and international governmental institutions as well as private organizations in the areas of labour law.